Cryptologic Roulette: how to deal with online gambling

When talking about online casinos in general and especially online roulette providers it is necessary to mention Cryptologic Inc. This company is a real dinosaur of gambling online and has deserved confidence of lots of gamblers all over the world.

Cryptologic was established in 1995 and actually was based on an exclusive idea concerning communication protocols. In a nutshell, they allowed to deal all the transactions safely, fast and trustworthy. 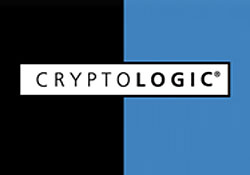 In 1996 the company extended their range of virtual goods presenting their first online casino named Intercasino. It was really a clever manoeuvre as since that time Cryptologic experienced rapid growth in volumes of sales as well as its earnings. For instance, since the launch of the company they managed to process transactions in the value of more than 10 billion dollars. Nowadays they hire just 140 employees and their stocks are officially and, what is more important - successfully, traded on Toronto Stock Exchange. Undoubtedly, Cryptologic is regarded as one of the most respectable and financially safe online casino provider.

American version has a roulette wheel with 38 slots for 36 numbers from 1 to 36 and for two zero positions: a single zero slot and a double zero one. The usual roulette house edge of 5.26% is applied but there is an additional possibility proposed: Cryptologic also provides players with an option of surrender which is called "zero or double zero" rule. In live American roulette players are not paid an even-money bet if they get a zero and a double zero positions and, on contrary, in Cryptologic game player loses only half of his/her initial roulette bets in this situation. In other words, such an option decreases the roulette house edge for even-money bets down to 2.63% instead of 5.63%.

European roulette offers a wheel with 37 pockets in total, 36 of which are designed for numbers from 1 to 36, and the last one - for a single zero. Again, in this case the house edge is 2.7% for all bets. As you see, the difference between Cryptologic versions of roulette is the same as in live casinos.

It is generally accepted that Cryptologic VIP European roulette is the best game that the company offers. It is similar to usual European variation in that it also provides a house edge of 2.7%. Though, players could use an option of surrender (or "zero or double zero" rule) for even-money bets (black/red, odd/even and high/low bets) which means that actually Cryptologic VIP European version offers a house edge in 1.35% rising roulette odds significantly. Exactly this feature makes the game one the most attractive roulettes online.