A Unibet news review: The UK High Streets are getting ready for a war over the use of Roulette machines known as Fixed Odds Betting Terminals (FOBTs), after anti gambling lobbyists, and council representatives, continue to apply pressure on the government to take action over what they believe to be a perceived problem that threatens to empty the pockets of the average working class man. 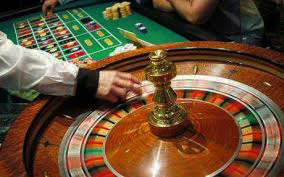 It’s believed that the country’s 33,000 FOBTs earn local bookmakers over £1.5bn per year, and although each bookmaker is only supposed to own four machines; they get around this problem by opening more and more stores. With each machine earning £900 per week, on average, you can see what all the fuss is about.

The problem has become so large that the Labour and Conservative government have even joined forces in a bid to introduce security measures designed to reduce the amount of time that players spend on the machines.

Some of the top UK bookmakers are also on board and have vowed to work with the government to also try to help address the issue, in an attempt to find a win-win solution rather than be forced into a change that could hurt the bottom line.

The financial pressure on the bookmakers couldn't have come at a worst time as the UK are still planning to introduce the new 15% Point of Consumption (POC) tax before the end of 2014, in a move that will see the UK bookmakers losing millions of pounds a year in new taxation.